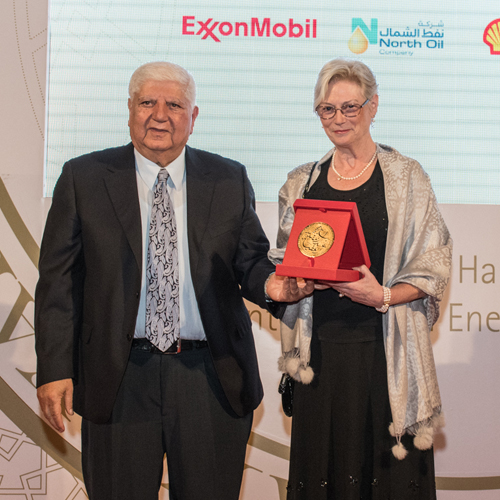 Maria van der Hoeven is a Dutch professional with broad
political and managerial expertise.
Her political career started in 1974 when she was elected as
member of the City Council of Maastricht, her home town.
In 1991 she became Member of Parliament. She was vicepresident
of the House of Parliament for several years.

From 2002 to 2007 Ms van der Hoeven served as Minister of
Education, Culture and Science of the Netherlands and from
2007 to 2010 as Minister of Economic Affairs and Energy.
Ms van der Hoeven took over as Executive Director of the
International Energy Agency (IEA) on 1 September 2011 and
led the IEA during a period of exceptional change in the global
energy economy, as rapidly shifting supply/demand balances
for oil and other major fuels transform the IEA’s traditional
mandate. Her mandate ended on 31 August 2015.
Ms van der Hoeven responded by enhancing IEA engagement
with key non-member countries including Brazil, China, India,
Mexico, Thailand, Indonesia, Russia and South Africa. Under
her leadership, the IEA admitted its 29th member, Estonia, and
increased its co-operation with OPEC and the International
Energy Forum (IEF) as well as signed a partnership accord with
the International Renewable Energy Agency (IRENA), APEC and
other multi-lateral institutions.

Ms. Van der Hoeven has repeatedly emphasised the close
link between climate and energy policy. As a member of
the Global Commission on the Economy and Climate, led by
former President Felipe Calderón of Mexico, she has initiated
discussions between policy makers and industry representatives
on the impact of climate change on energy security, and sought
to raise awareness among young people around the world of
the problem of climate change and the need to get informed
and take action.

Since October 2016 Ms van der Hoeven has been vice chairman
of the High-Level Panel of the European Decarbonisation
Pathways Initiative (European Commission).