How will COP27 reshape the global energy landscape? 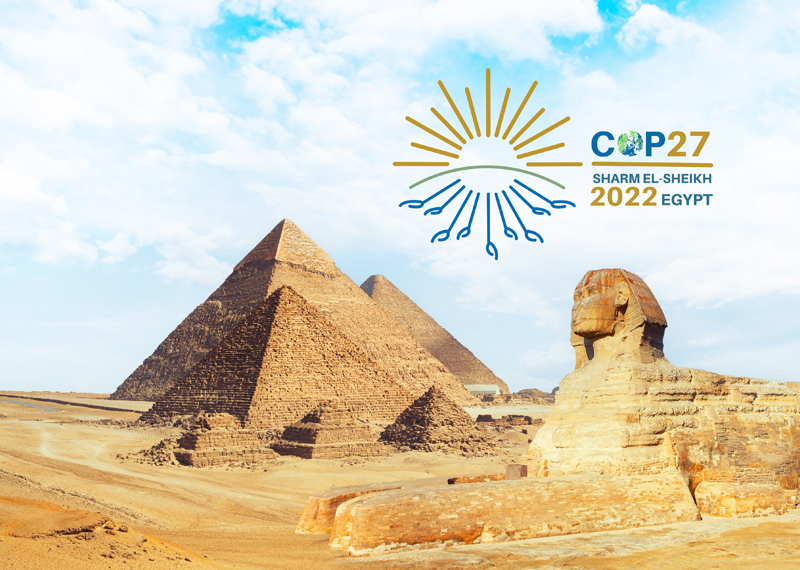 COP26 in November 2021 was one of the most significant summits on climate change, leading to new pledges from world governments to cut emissions and accelerate the green energy transition. The Glasgow conference yielded several breakthrough agreements, including the Global Methane Pledge, the Zero Emission Vehicle Pledge, the Deforestation Pledge, and the Glasgow Pact.

Under the Glasgow Pact, countries agreed to revisit and strengthen their Nationally Determined Contributions (NDCs) in 2022 – instead of every five years. The last time these targets were updated was in 2020. Indeed, several countries have since committed to more ambitious emission-reduction goals in an effort to limit the global temperature rise to 1.5 °C.

However, while progress has been made, less than 20 countries have updated their NDCs so far, and of these, only a handful are larger economies. Moreover, only a few countries have made a tangible upward increase or adjustment to their emission-reduction targets.

Experts recently suggested that the global climate targets and action remain insufficient, especially considering that the increase in global energy-related carbon dioxide emissions of over 2 billion tonnes in 2021 compared to 2020 was the largest year-on-year increase in history in absolute terms.

The latest geopolitical tensions, such as the Russia-Ukraine conflict, along with inflationary pressures and environmental disasters, have undoubtedly been a distraction to government leaders around the world. But while these events have slowed down the green-energy transition momentum and weighed heavily on national budgets, they have also brought energy security, food security, and climate resilience to the fore.

In the current global context, COP27 will be about optimising resources and improving synergies between governments to encourage implementation rather than to take on new commitments. The Egyptian presidency has already outlined mitigation, adaptation, finance, and collaboration as the four objectives of COP27. Given that the summit is taking place in Africa – only the fifth time it is being held in the continent – we can also expect a greater focus on issues for the Global South and the developing world.

As we approach COP27, we look at what has been achieved over the last 12 months and what we can expect from the upcoming summit. Will COP27 be the first summit of implementation? Will it unlock the regional and public-private cooperation that is needed for the global energy transition?

The Changing Dynamics in The LNG Shipping Market

Stepping Up the Pace of Hydrogen Development

Webinar - 8 December 2020 : The Global Energy Outlook: From Crisis to Growth