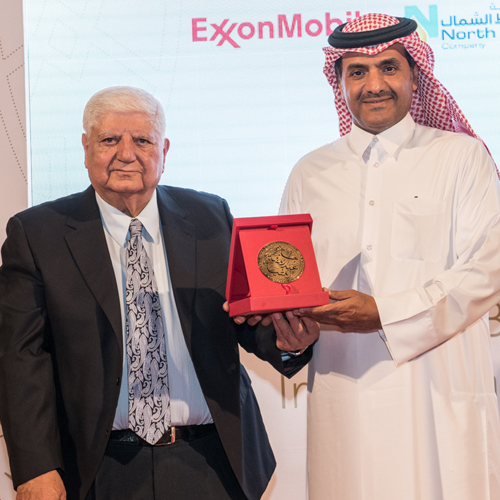 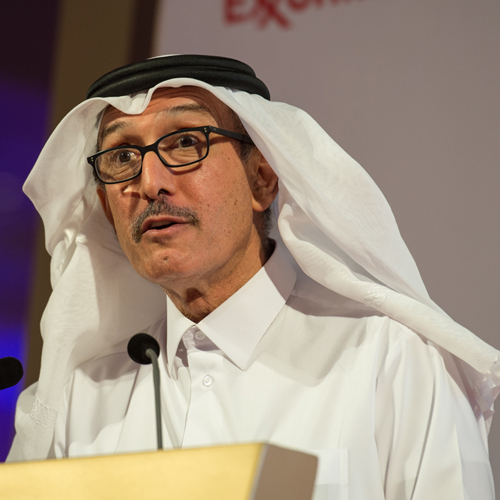 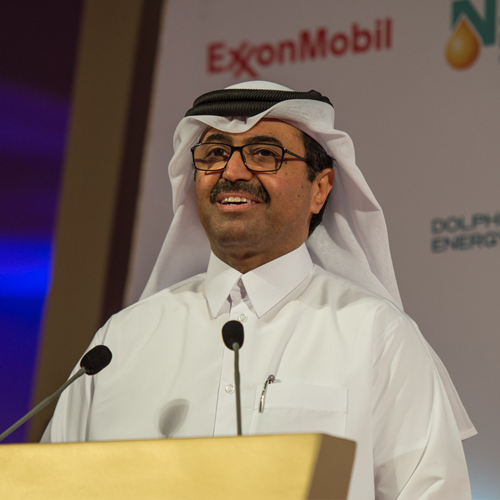 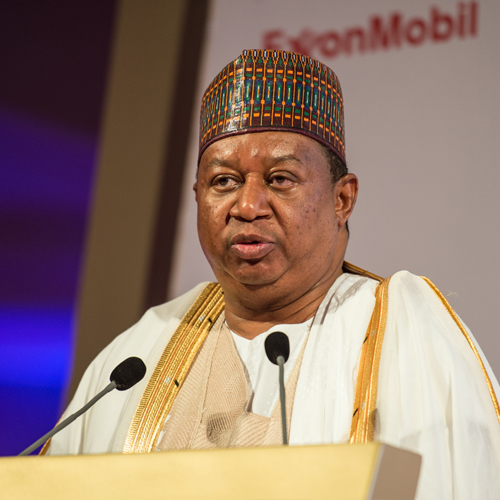 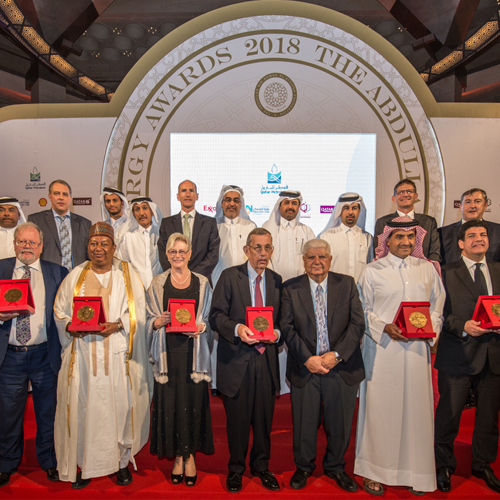 Doha, May 7, 2018 – Sheikh Khalid Bin Khalifa Al-Thani, Chief Executive Officer of Qatargas, was selected as the 2018 winner of the Abdullah bin Hamad Al-Attiyah International Energy Award for Lifetime Achievement for the Advancement of the Qatar Energy Industry, which was presented at a gala awards dinner in Doha at the Museum of Islamic Art.

Commenting on behalf of HE. Abdullah bin Hamad Al-Attiyah, HE. Dr Ibrahim Ibrahim, Vice Chairman, The Al-Attiyah Foundation said: “Sheikh Khalid lead Qatargas for almost a decade and more recently he participated in leading the management behind the successful merger between Rasgas and Qatargas, that now sees him running the world’s largest LNG company.” “All of this year’s winners have made significant contributions in their own right and we are very proud to welcome them to Doha and recognize their achievements,” added H.E. Dr Ibrahim.

The Foundation’s annual Honorary Award for Advancement of International Energy Policy & Diplomacy, was given this year to Lee R. Raymond, former Chairman and CEO of ExxonMobil.

The Al-Attiyah International Energy Awards, this year supported by Qatar Petroleum, Qatargas, North Oil Company, ExxonMobil, Shell and Qatar Airways, are given annually to individuals for their Lifetime Achievement in the advancement of the global energy industry in seven categories. The nominees are voted on by an International Selection Committee, a group of renowned figures, who are invited to reward candidates for an outstanding record of accomplishment in their sector and for making an exceptional impact on the industry through distinct personal achievements and engagement. The Nominees are evaluated in four areas: Impact, Innovation, Long-Term Vision and Leadership.

Professor Paul Stevens, Distinguished Fellow at Chatham House, received the accolade for The Advancement of Educating Future Energy Leaders, and Mustapha Bakkoury, President of Masen, the Moroccan Solar Energy Agency, was recognized for The Advancement of Renewable Energy. Kate Dourian, Programme Officer Middle East and North Africa, Directorate of Global Energy Relations at the IEA, and previously Middle East Editor for Platts for over a decade, was awarded for her career achievements in the Advancement of International Energy Journalism.

The Changing Dynamics in The LNG Shipping Market

Stepping Up the Pace of Hydrogen Development

Webinar - 8 December 2020 : The Global Energy Outlook: From Crisis to Growth