Home In News In News Details 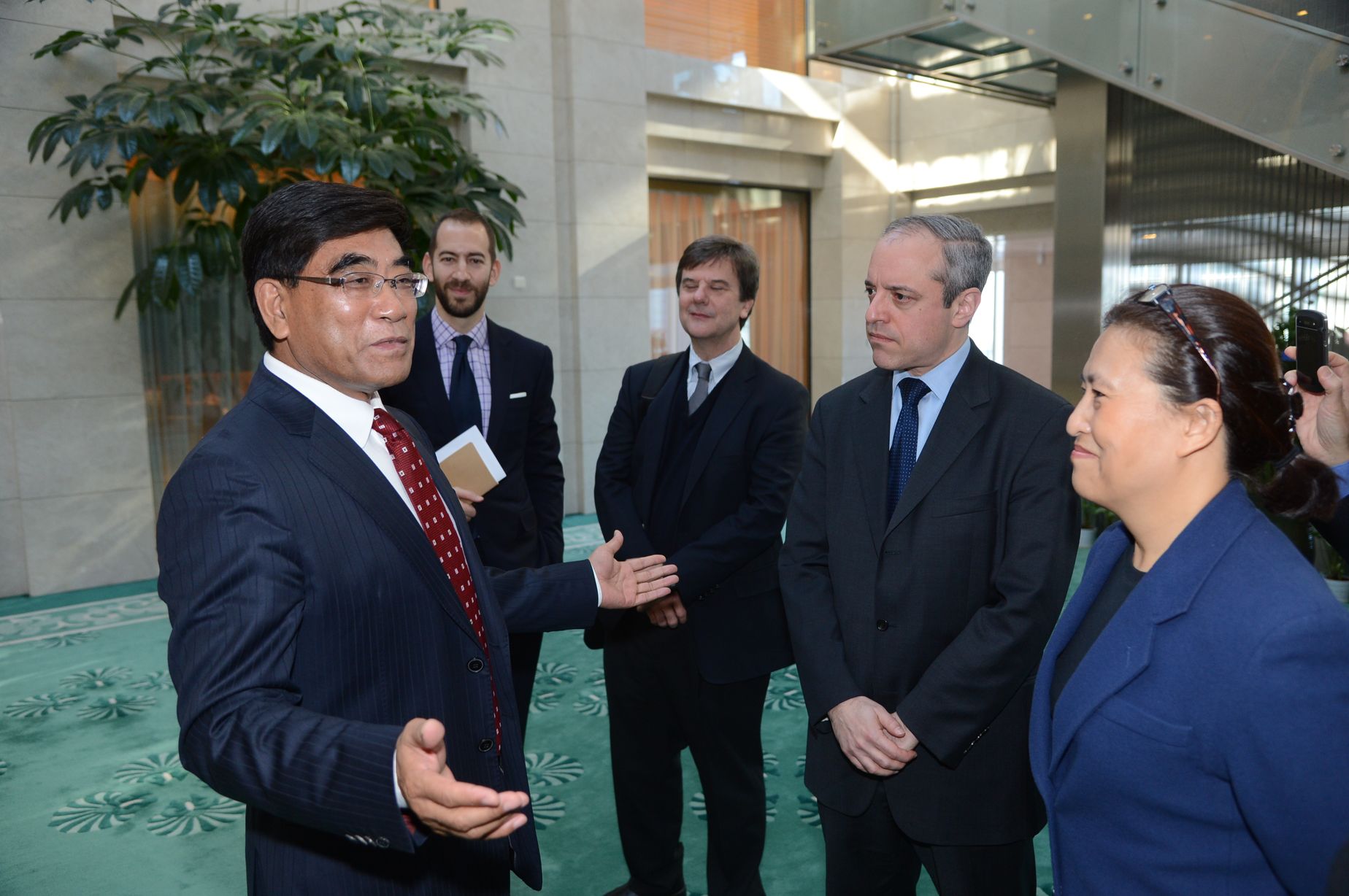 Mr. Fu Chengyu, the former Chairman of Sinopec Group, ranked third in the Fortune 500, is this year’s recipient of The Honorary Lifetime Achievement Award for the Advancement of International Energy Policy and Diplomacy, presented by H.E. Abdullah Bin Hamad Al-Attiyah, Chairman of the Al-Attiyah Foundation (a non-profit organisation).

During his four years at the helm of Sinopec, Mr. Chengyu vigorously reformed the company to prominence on the international stage, increasing its market capitalisation by $30 billion and positioning Sinopec third place in the Fortune 500.   As former Chairman and CEO of China National Offshore Oil Corporation (CNOOC), Mr. Fu Chengyu was instrumental in transforming the company, increasing its market capital from $8 billion to $12 billion and in 2005, initiating CNOOC’s $18.5 billion acquisition of US Unocal, turning a new page of overseas acquisitions by Chinese firms.

“Mr. Fu Chengyu has made an outstanding contribution to the industry over the course of his career, and is truly one of the most influential business leaders in China.  I look forward to honoring his work and Lifetime Achievement at our award ceremony on 1 May.” said H.E. Abdullah bin Hamad Al-Attiyah, Chairman of the Al-Attiyah Foundation.

In accepting his invitation to come to Qatar to receive the honorary award, Mr. Chengyu said: “I am grateful and humbled to have been nominated to receive the Al-Attiyah Foundation’s International Energy Award for Lifetime Achievement. I look forward to the evening.”

The Al-Attiyah Foundation bestows one Honorary Award each year to an outstanding global energy leader for their exceptional impact on the energy industry with distinct personal achievements for a consistent and prolonged period.  The 2019 accolade will be presented to Mr. Fu Chengyu at the seventh edition of the Awards, to be held at the Sheraton Hotel, Doha, on 1st May.  The evening is attended by an exceptionally prestigious list of over 300 past and present leaders from industry, academia and government.  In addition, many of the Foundation’s international award-winning alumni will be present.   The Awards this year are supported by Qatar Petroleum, ExxonMobil, Shell, North Oil Company, Dolphin Energy, Qatar Airways and Total.

The Abdullah Bin Hamad Al-Attiyah International Energy Award is the foremost global honor to recognise individuals for their Lifetime Achievement in the advancement of the energy sector.  There are a further six awards given each year to recognise individuals for their Lifetime of Achievement for:  the advancement of the Qatar Energy Industry; Gas Exporting Countries Forum (GECF); Producer-Consumer Dialogue; Education for Future Energy Leaders; Renewable Energy and International Energy Journalism. The nominees are reviewed and voted on by an International Selection Committee and evaluated for their Impact, Innovation, Long-term Vision and Leadership.

Since its inception, the Al-Attiyah Foundation is committed to provide expert analysis and up-to-date insights on serious global, regional and country-specific challenges and opportunities on energy and sustainable development themes.   The themes are explored through publications including the Weekly Energy News, Monthly Sustainability Digest and the Energy Research Series.  Every quarter, the Foundation invites the best global experts to Qatar to share their insights with members and partners during the CEO Roundtable Series.  The outputs of the Roundtable are used to educate and support society as it transitions towards a sustainable energy future.