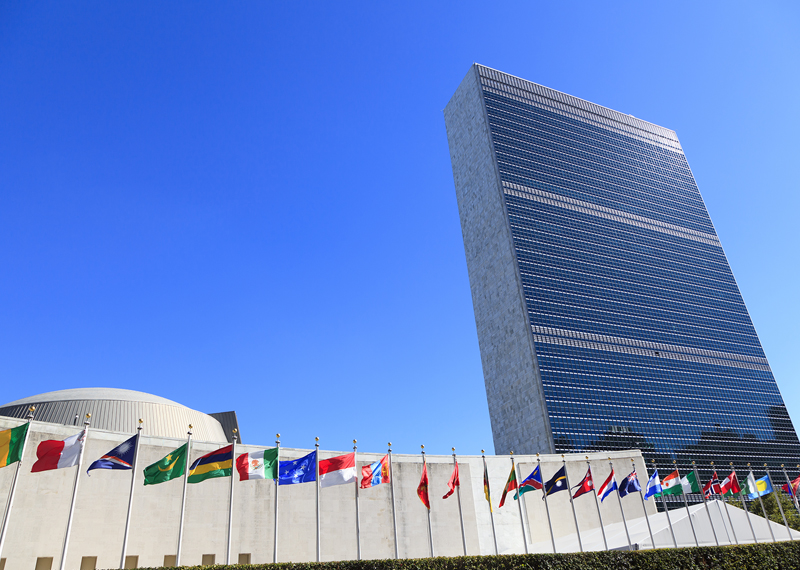 The United Nations’ Sustainable Development Roadmap is the blueprint for fighting poverty and hunger, confronting the climate crisis, achieving gender equality, and much more, within the next ten years, the Decade of Action. How realistic is this roadmap to be achieved, and what areas still require work to be done? During a period of uncertainty, will the roadmap show the way forward to a sustainable future postcoronavirus? 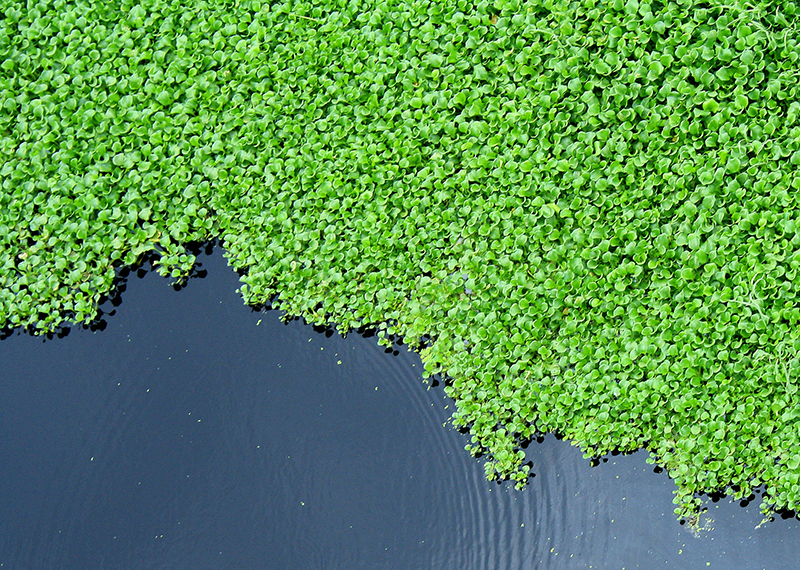 A growing number of countries are committing to ambitious target of net-zero emissions by 2050, as a show of commitment to implement the Paris Agreement. Sectoral net zero roadmaps are also beginning to emerge. For example, the International Energy Agency (IEA) is due to publish, in May this year, it’s first comprehensive roadmap for the entire global energy sector to reach net-zero emissions by 2050.

Is a net-zero carbon economy a realistic proposition or a pipe dream? What commitments have been made so far, and what needs to be done to make them reality? 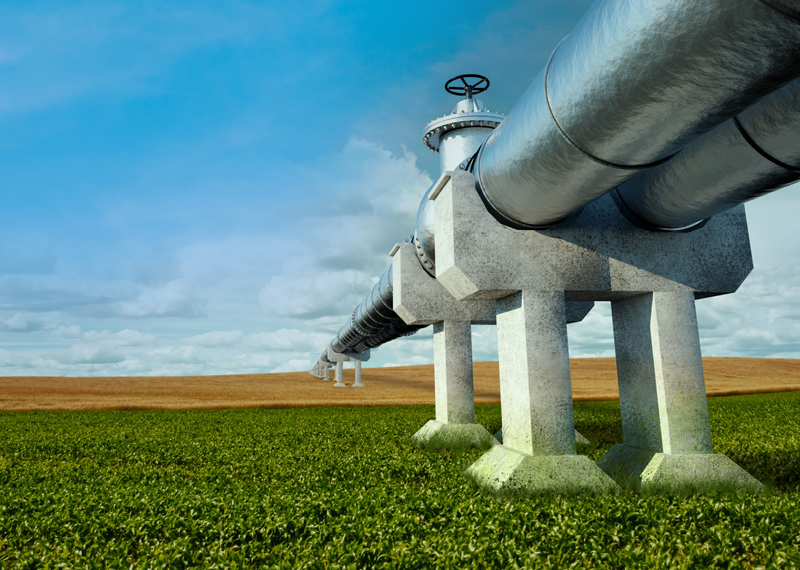 As countries continue to ramp up their climate change ambitions, the role of natural gas will be enhanced, as burning natural gas produces less greenhouse gas emissions (GHG) than burning coal and crude oil. However, companies producing, processing and transporting gas need to ensure that methane leaks are kept to a minimum, in order for gas to be widely accepted as more climate friendly than coal. Why are GHG emissions a growing concern for LNG exporters and buyers? How does the carbon footprint of LNG production and transport differ between projects, and what are the underlying drivers? How does the carbon footprint of LNG compare to pipeline natural gas and to other fossil fuels? What can companies do to reduce the carbon footprint of brownfield and greenfield LNG? Can this become a competitive differentiator? 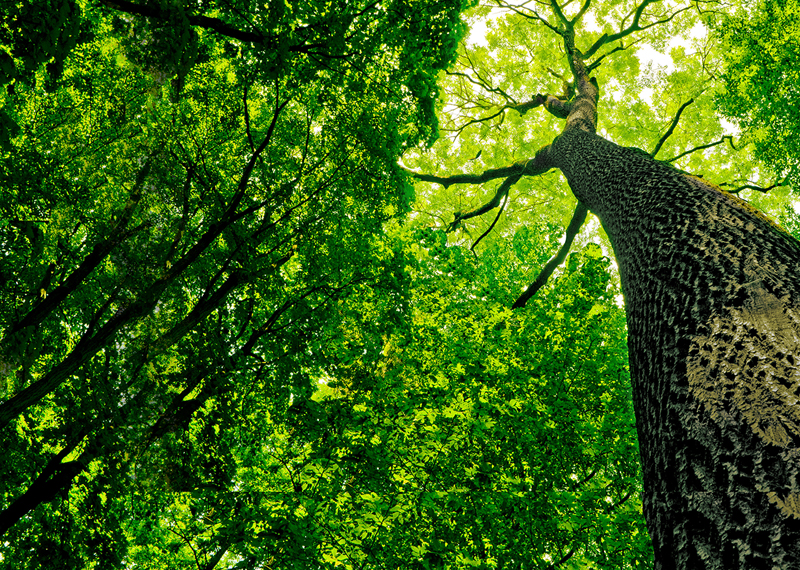 World leaders, captains of industry and civil society organisations, see the Paris Agreement as the last hope for humanity to address the impact of climate change and preserve foundations for a healthy planet. Consequently, many state and non-state actors are signaling their intentions to ramp up climate change action, with announcements of ambitious net-zero roadmaps, at or immediately after the 75th UN General Assembly. What were the critical decisions and noteworthy announcements? How achievable are the targets on carbon neutrality, and how do they relate to the Paris Agreement’s goal? What are the implications of these targets for the energy sector? How does the way forward relate to other key global challenges considered by the UNGA? 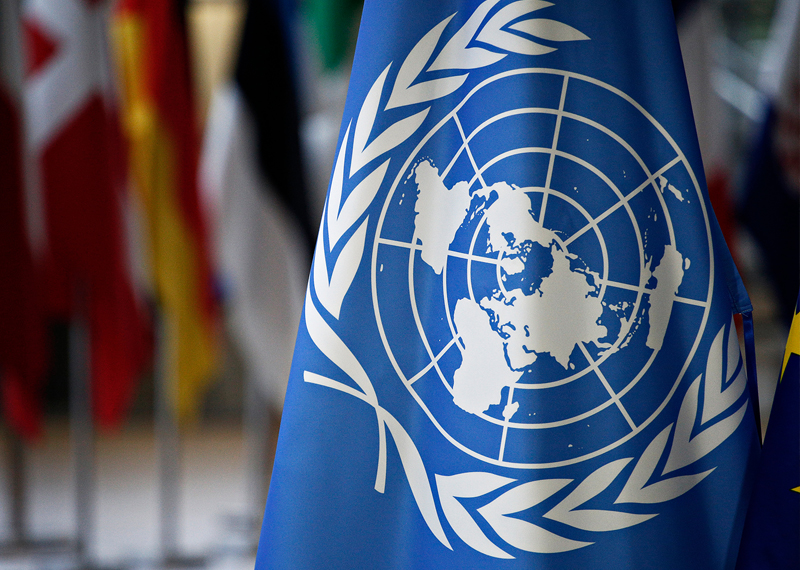 Globalisation, the process of increasing globalism of trade, information, migration, and culture, has been recently under pressure from renewed nationalism.Populist nationalist leaders in countries such as the US, UK, and Brazil have challenged international agreements and often threatened to withdraw from climate and environmental action. How is international geopolitics impacting sustainable economic development, effective environmental legislation, transboundary trade in goods and services, access to sustainable energy, and the fight against climate change? What shifts in the US policies of the past four years, should the world expect from the new incoming administration? What are the challenges and opportunities for industry in general, and particularly the energy industry? 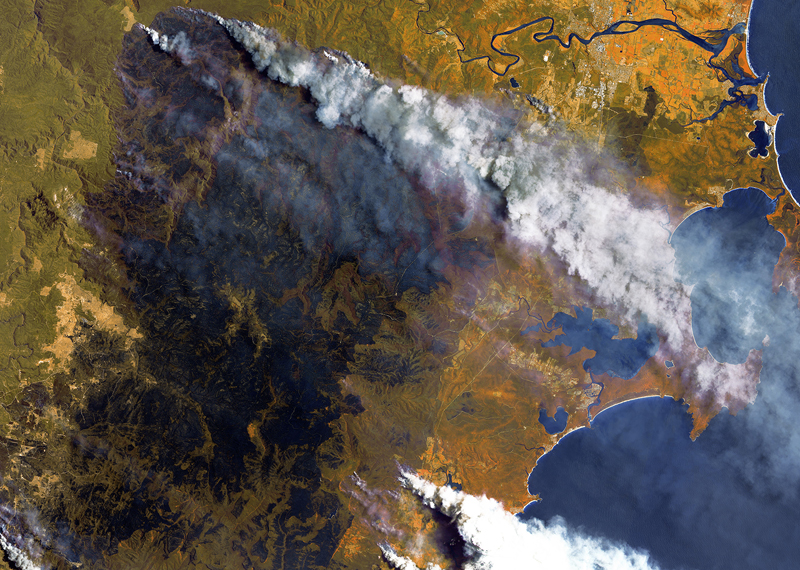 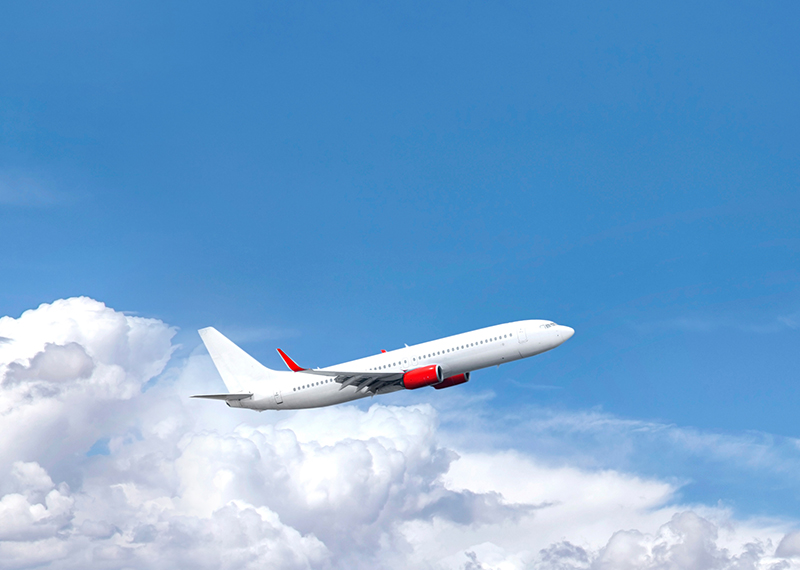 The Paris Agreement has generated momentum to reduce greenhouse gases (GHG) emissions within national borders. However, international transport is also responding to the imperative to cut its carbon footprint. The International Maritime Organisation
(IMO) and International Civil Aviation Organisation (ICAO) have both set policies to align their industries with the Paris goals. While the two sectors are not significant emitters today, they are an essential part of future forecast growth. These two transport industries face a complex mix of options, including efficiency, mode shifts, and alternative propulsion, with varying technological and commercial readiness. But, a broad set of actors across the value chain have to be aligned to deliver low-carbon options with the right timing, performance, and costs. 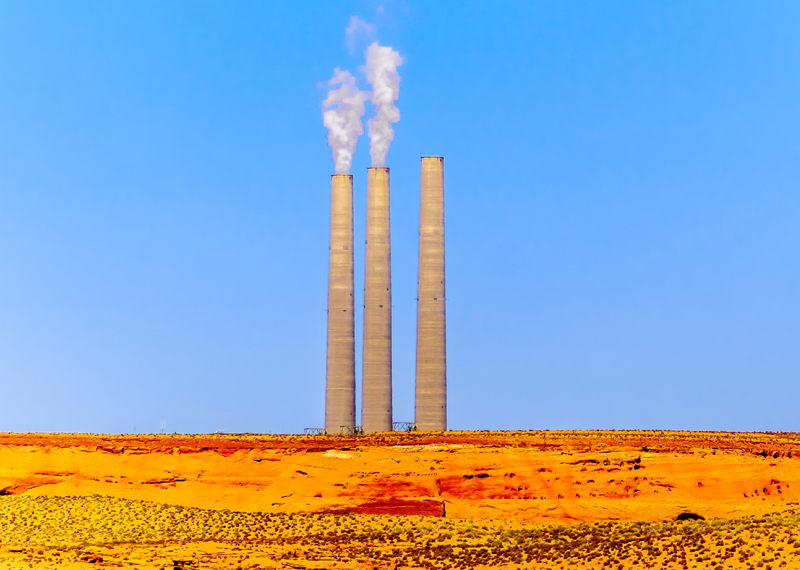 As an increasing number of companies declare plans to reach “carbon neutrality” within the foreseeable near future, carbon disclosure has become an ever
more prominent topic. It is the practice of assessing and reporting a company’s greenhouse gas (GHG) emissions, its impact on climate, its strategic and risk
management processes on climate, the impact on its business, and its plans and targets for improvement.

However, inconsistencies remain, particularly the different treatment of emissions throughout a company’s supply chain and that of its customers.
Improving standardisation and public disclosure will likely be required by regulators along with standard financial data, and will make it essential for all major companies, even non-listed ones, to comply. 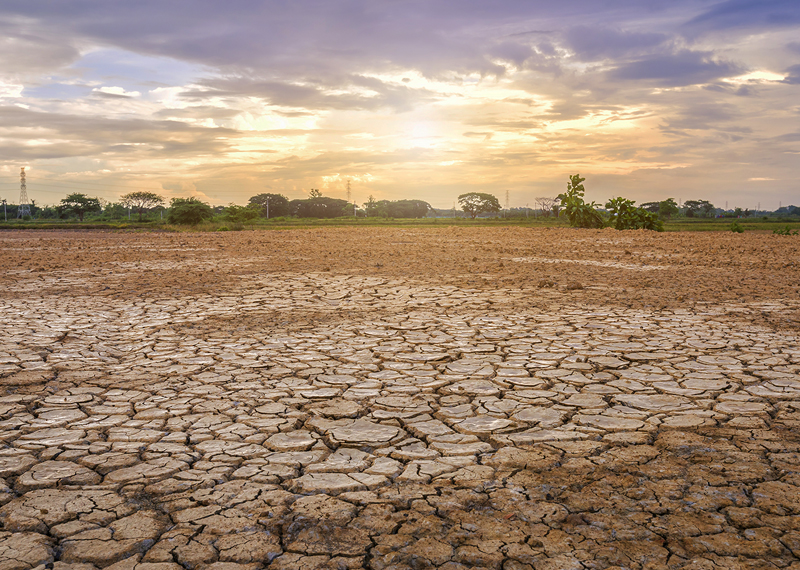 Are We Doing Enough? Global Action on Climate Change

The signatories of the 2015 Paris Agreement submitted ‘nationally determined contributions’ (NDCs), their individual and voluntary planned actions to reduce emissions and otherwise tackle climate change, with the intention to achieve the Paris aspiration of limiting warming to no more than 1.5°c by 2100. Five years after the Agreement, the deadline is approaching to review and update the NDCs.

How does the review process work? How ambitious and achievable are the existing NDCs, and how are they likely to be upgraded? What would the impact of existing and new NDCs be on energy production and demand? And what will the current round of NDC updates bring in the process of climate diplomacy? 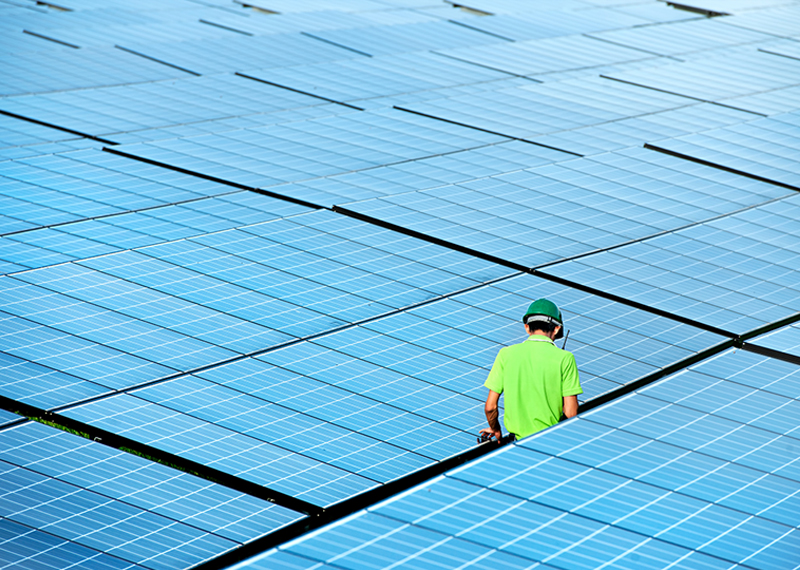 As the concept and range of CSR continuously expand, new trends emerge to meet such concerns. These trends are reflected in the energy sector through attention to green energy investment and reduced contribution to climate change; community engagement on major new projects; bridging the talent gap to produce highly-skilled new employment; and working with governments to introduce social responsibility policy reforms. Nevertheless, there are several challenges for CSR programmes in the energy sector which, in turn, are likely to be exacerbated by the Covid-19 pandemic
and associated recession. 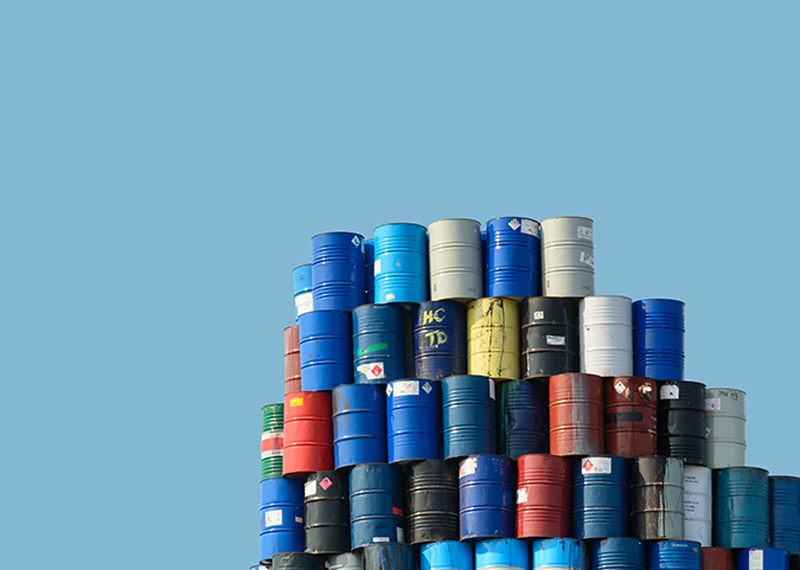 Managing waste from oil and gas operations is a topic of growing importance, with emerging strategies and innovative approaches to limit both waste and its
impact, as it poses a significant cost to operations, and in many cases, a loss of potential revenues.

This report looks into how the industry can engage proactively and constructively, through various existing coalitions and industry associations, with government, environmental groups, and civil society. And further, how it can employ new technologies to improve the ability to monitor, reduce and dispose of waste appropriately. 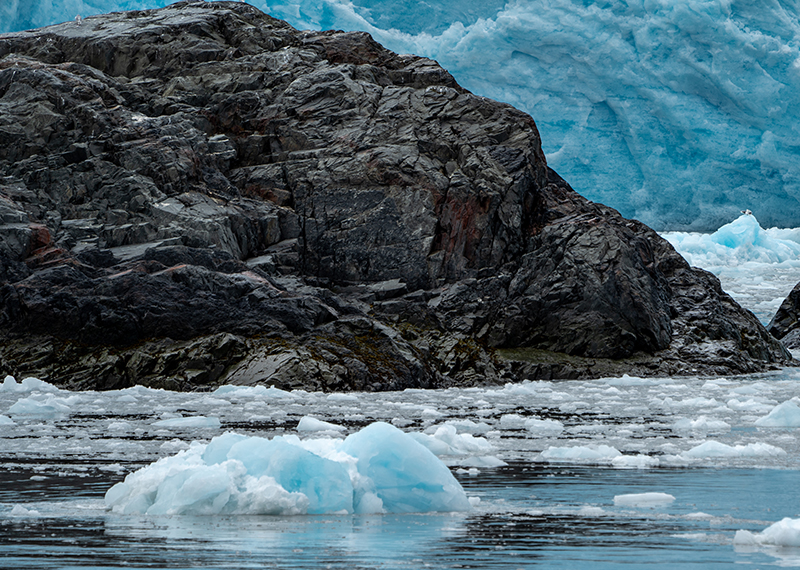 As climate change is projected to worsen further in coming decades, even with strong mitigation of greenhouse gas emissions, adaptation measures are essential to limit threats to peoples’ wellbeing, livelihood, water, food, infrastructure, energy security and economic growth. Many climate-exposed countries have consistently emphasised adaptation as a critical consideration in their climate change strategy. Each city, country and region has to answer the questions: what is the expected real impact of all the major effects of climate change on health, life, and various aspects of the economy? And what measures can be taken to adapt and improve resilience? 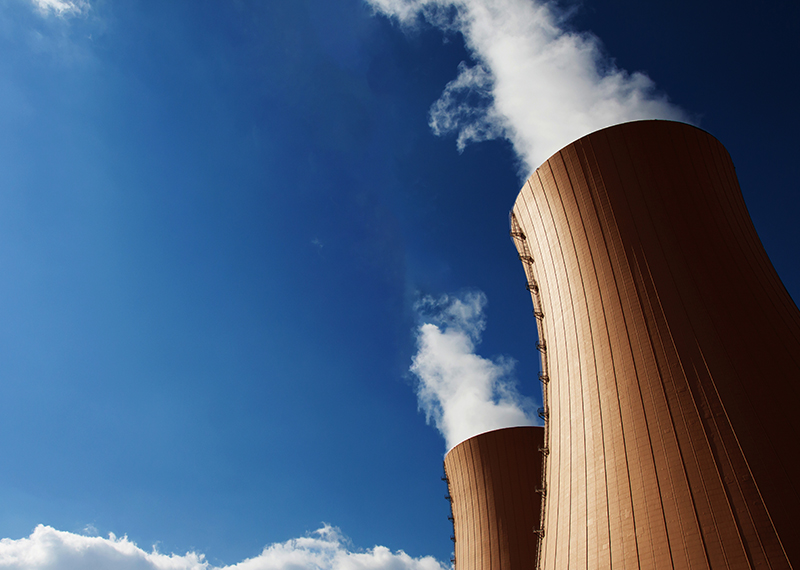 Carbon Capture and Storage: What is its role in climate mitigation? 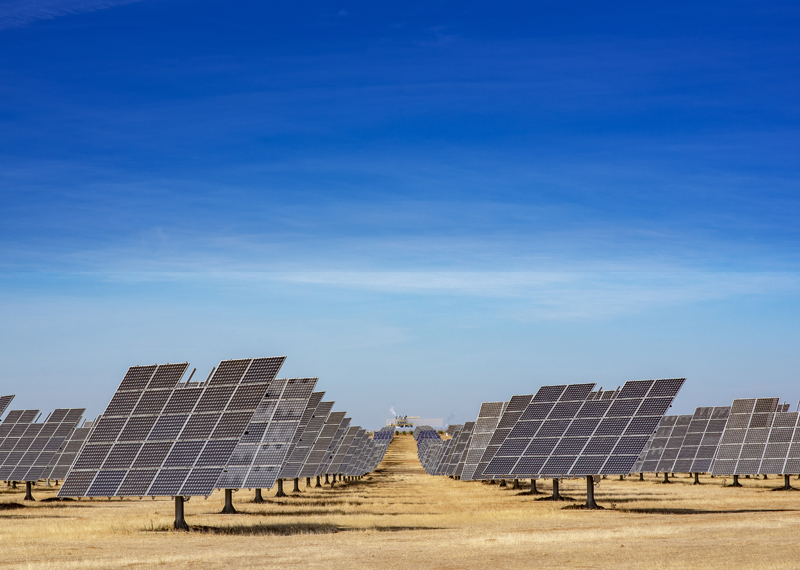 Policies to encourage renewable energy have increased steadily since the late 1990s, and particularly after the 2015 Paris Agreement on climate change.

These have reduced the cost of renewables, encouraging widespread adoption. Which policies are countries adopting to boost the competitiveness and deployment of renewable energy? What drives them to do so? What are the evolving trends in new or reshaped policy? And what can fossil fuel exporters do in the field of renewable policy? 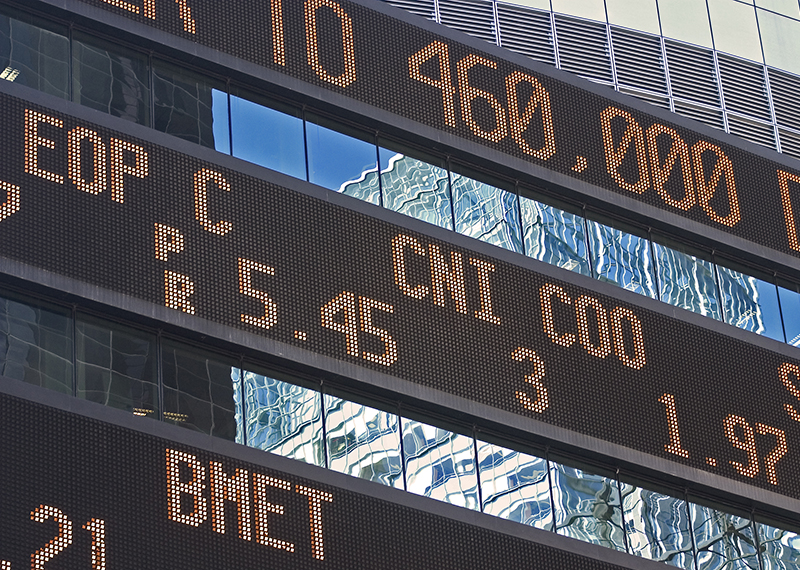 Attention has returned to carbon pricing as a marketbased method for reducing greenhouse gas emissions. Cap-and-trade and carbon taxation are the two contrasting methods, with an increasing number of jurisdictions adopting one or other or a hybrid. 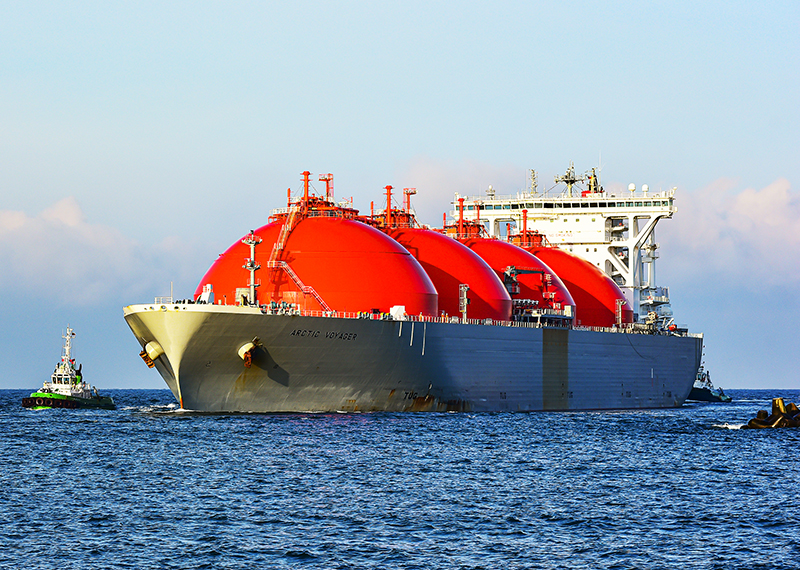 As gas is the fastest-growing fossil fuel, so Liquefied Natural Gas (LNG) is one of the fastest-growing methods of delivering gas to international markets. LNG has the potential to cut greenhouse gas (GHG) emissions and other pollutants in coal-heavy regions such as east and south Asia.

However, gas and LNG are also coming under environmental pressure because of associated methane and carbon dioxide emissions. What options exist to reduce LNG’s GHG footprint? How do different projects compare? And what other approaches are open to LNG exporters to strengthen their claims that LNG provides a sustainable energy solution? 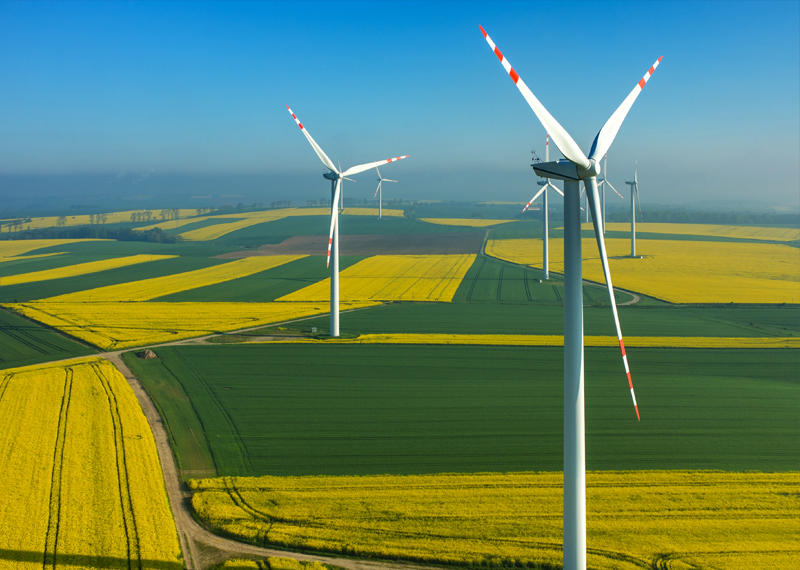 Sustainable Energy: 2020 and Beyond

The year 2020 is set to be a pivotal introduction to a key decade in sustainable energy. Political decisions on progressing the Paris Agreement to reduce GHG Emissions, and the US election, will set the course for climate change regime for most of the first half of the 2020s. Ambition on both climate and sustainable energy so far has been notable but insufficient, while implementation has been patchy and lagging. Key regional blocs are advancing at dramatically different speeds, and with widely varying domestic political drivers. Yet in Europe and the US in particular, bottom-up, local and corporate initiatives have gathered pace and may sweep national politics along. What signposts to the decade can be expected in 2020? Which key sustainable energy technologies will advance or lag behind? 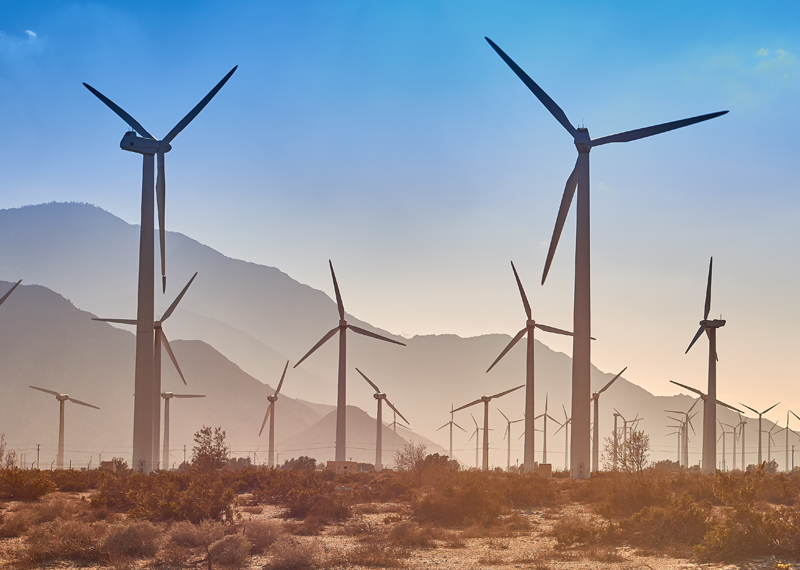 The end of 2018 marked two years since the ratification of the Paris Agreement, and two years from the first call for more ambitious pledges. The international community is cautiously observing collective efforts to reduce emissions. The Intern-governmental Panel on Climate Change (IPCC) Special Report on the impacts of global warming of 1.5°C above pre-industrial levels, concludes that staying well below two degrees is still within reach, but time is running out and successful emission reduction are a necessity in the coming decades. Climate Change: How Risky to Qatar and the World?

In January of this year, the World Economic Forum (WEF) released its Global Risks Report 2019 on the major threats to the world economy. For the third year in a row, the report stated that environmental-related risks account for three of the top five global risks by likelihood, and four of the top five risks by economic impact, namely: “Failure of climate-change mitigation and adaptation,” “Extreme weather events,” “Water crises,” and “Natural disasters.” Circular Economy: The Way to Grow a Sustainable Economy? At the Paris Climate Accords, a common goal of curbing the temperature increase to below 2°C above the pre-industrial levels was agreed. All member nations agreed to commit resources to fight the rising global temperatures affecting our climate to safeguard the future of the planet. Logically, the advancements in renewable energy provide a path to revamp the energy sector and move away from non-renewable energy sources that are a major contributor to climate change. But, a complete shift presents economic challenges.