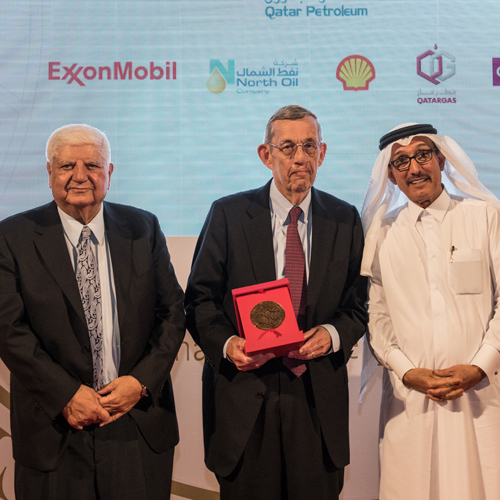 Lee R. Raymond was Chairman of the Board and Chief Executive Officer of ExxonMobil
from 1999 until he retired in December 2005.

Mr. Raymond had been Chairman of the Board and Chief Executive Officer of Exxon
Corporation from 1993 until its merger with Mobil Oil Corporation in 1999, having begun
his career in 1963 with Exxon. He was a director of Exxon Mobil Corporation (1984-2005).

Mr. Raymond graduated from the University of Wisconsin in 1960 and received a PhD
from the University of Minnesota in Chemical Engineering in 1963. He is a Director of
the Business Council for International Understanding, a Trustee of the Wisconsin Alumni
Research Foundation, an Emeritus Trustee of the Mayo Clinic, a member of the Innovations
in Medicine Leadership Council of UT Southwestern Medical Center, a member of the
National Academy of Engineering, and a member and past Chairman of the National
Petroleum Council.

During his long tenure at ExxonMobil and its predecessors, Mr. Raymond gained important
experience in all aspects of business management, including audit and financial reporting,
risk management, executive compensation, marketing, and operating in a regulated industry.

He has extensive international business experience.