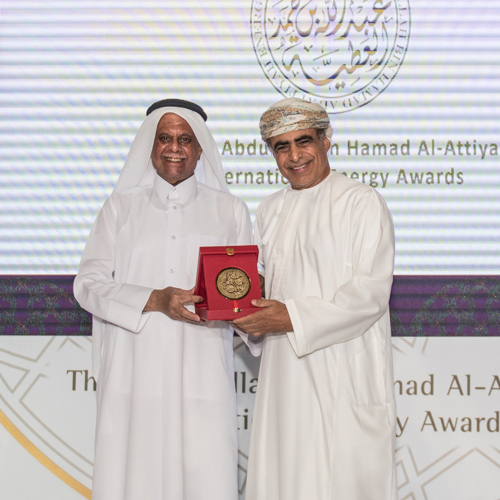 Minister of Oil and Gas, Sultanate of Oman

H.E. Dr. Mohammed Hamad Al Rumhy graduated from Imperial College London in 1980 with a B.Sc. He went on to attend Tulsa University, Oklahoma, in the USA from 1982-1983, graduating with a M.S. From 1986-1990 he returned to Imperial College London once again undertaking a Ph.D.
H.E. Al Rumhy holds Awards from the Grand Cordon of the Order of the Rising Sun.
H.E. Al-Rumhy worked for PDO (Petroleum Development Oman) from 1980-1986 as a Petroleum Engineer. From 1990-1997 H.E. worked as an as an Assistant Professor at the College of Engineering, Sultan Qaboos University, Oman. He also holds a number of aca-demic positions.
In December 1997 he became the Minister of Oil and Gas. He is also Chairman of the PDO Board of Directors, Chairman of OOC & ORPIC Board of Directors and Chairman of the Telecommunications Regulatory Authority (TRA).