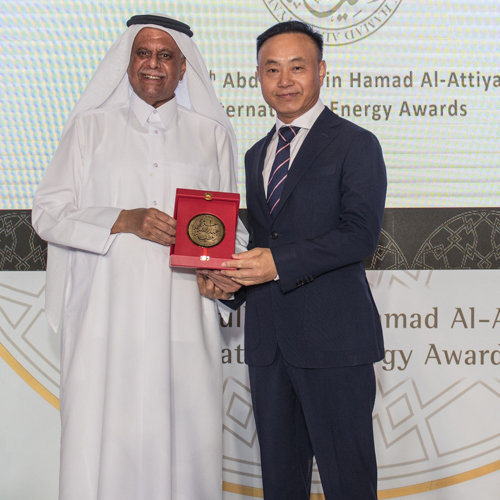 Dr. Shi’s prominent contributions in photovoltaic (PV) industry development are well recognized internationally. He realized successfully the transfer of the technology from the laboratory to mass production, resulting in orders of magnitude of cost reduction in PV generated electricity and thus accelerating emergence of grid parity. With a career spanning more than three decades as a solar scientist and entrepreneur, Dr. Shi is the inventor of over 60 patents in photovoltaic technologies, and has published more than 110 articles in PV-related scientific magazines. He was elected as the fellow of Australian Academy of Technological Science and Engineering in 2009. Dr. Shi founded Suntech in 2001 and since then led PV industry growth through innovation, talent cultivation,  manufacturing process and supply chain development, reducing the cost of PV panels drastically and accelerating the realization of an affordable price of electricity generated by solar energy.
Dr. Shi received numerous awards through his career, including PVSEC special award in 2005, Zayed Future Energy Award in 2010, the Murphy & Spitz Global Leader Award 2011 at the World Economic Forum. In 2009, he was on Business Week’s “China’s Most Powerful People” list. In 2007,
Dr. Shi was named “50 people who could save the planet” by The Guardian, and was named by TIME as a Hero of the Environment, an annual list that celebrates the most innovative and  influential protectors of the planet.  In 2006, he was awarded the “Annual Economic Figure”  by CCTV and was honored as the "Green Figure of the Year" by CCTV in 2007 in China.
With a vision of "building a green, sustainable and enjoyable future", Dr. Shi continues his innovation in photovoltaic technology, energy storage and smart energy management. He helped young people to start up companies including SunMan, SunDrive, Heatmate, AlphaESS.