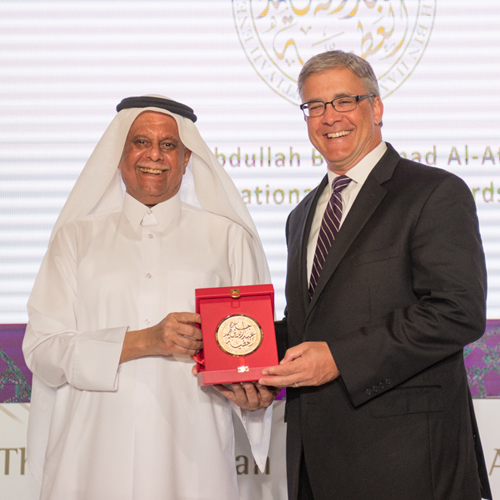 He is also director of the Master of Energy Economics Program and supervises Ph.D. students. Medlock holds adjunct appointments in the departments of Economics and Civil and Environmental Engineering, and is chair of the Energy and Environment Initiative’s faculty advisory board. He is a principal developer of the Rice World Gas Trade Model, and has published numerous scholarly articles on global energy issues. Medlock is a distinguished fellow at the Institute of Energy Economics, Japan; a fellow at the King Abdullah Petroleum Studies and Research Center; and a member of the advisory board of the Payne Institute at Colorado School of Mines.
Medlock has testified multiple times on Capitol Hill on U.S. oil and natural gas exports and geopolitics, has spoken at OPEC, and is frequently asked to speak at venues around the world. He is a past vice president of the U.S. Association for Energy Economics. In 2001, he won (with Ron Soligo) the International Association for Energy Economics Best Paper of the Year in Energy Journal Award. In 2011, he received USAEE’s Senior Fellow Award, and in 2013, he accepted the organization’s Adelman-Frankel Award on behalf of the Center for Energy Studies. In 2012, Medlock received the prestigious Haydn Williams Fellowship at Curtin University in Perth, Australia. He is a member of the American Economic Association and an academic member of the National Petroleum Council. Medlock received his Ph.D. in economics from Rice.