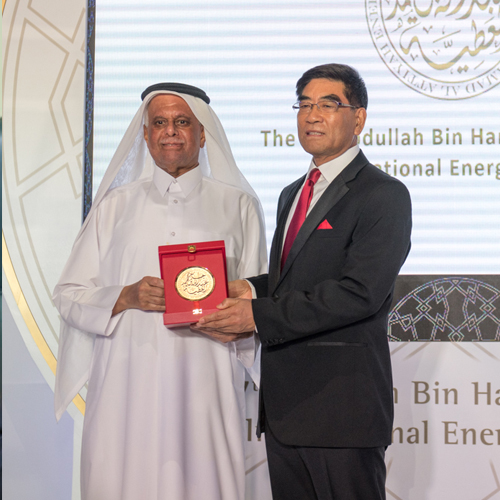 Mr. Fu has over 40 years’ experience in the oil & gas industry. He was Chairman and CEO of CNOOC, Chairman of SINOPEC, member of the 17th Central Commission for Discipline Inspection (CCDI) and member of the 12th Standing Committee of the Chinese People’s Political Consultative Conference (CPPCC), a political advisory body in China.
Mr. Fu has been well recognized in the global oil & gas industry and the capital markets. He won nu-merous recognitions and awards, including “Asian Oil & Gas Industry’s CEO of 2004”, “China Economic Person of the Year” by CCTV, “The 14 Most Important People of the Year” by The Times in 2005, “The 10 Leading Figures of Chinese Enterprises” and “Strategic Vision Award” by the World Economist Group in 2006, “Best Executive in Asia” by Asia Money in 2007, and “Most Influential Business Leader in China” by Fortune Magazine in 2008. He was among “The 50 World Business Persons of the Year” by Fortune in 2011 & 2012, and “The 12 Most Noteworthy Business Leaders in the World” by Wall Street Journal in 2012. He was elected “World Oil & Gas Leader of the Year” by Energy Intelligence Group in 2012. He received the “Legendary Business Leader” award by Yale School of Management in 2013 and “Asia’s CEO of the Year” by Platts in 2014.  Among his other awards, he was also award-ed “Excellent Practitioner on Environment and Development” by the UN Environment, and “South-South and Triangular Cooperation Champion 2013” by the United Nations Office for South-South Cooperation.
Mr. Fu is currently the Board Member of Trustees of the University of Southern California, USA, and member of the Advisory Board of Center for Global Energy Policy (CGEP), Columbia University, mem-ber of the board of directors of the school of international strategy of Peking University, and member of the University council of Shanghai Tech University.
Mr. Fu was born in 1951 in HeiLongJiang province China. He graduated from China's Northeast petro-leum institution in geology and later received a Master’s degree in petroleum engineering from the University of Southern California, USA.