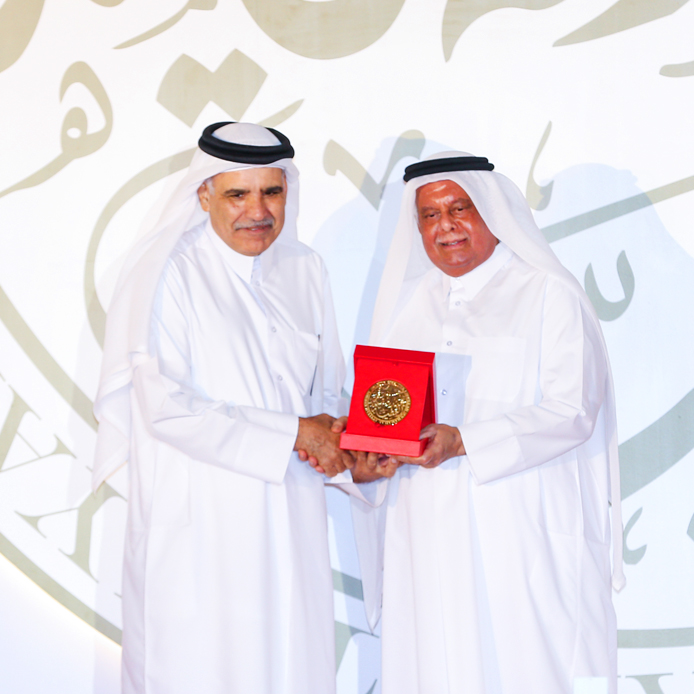 Lifetime Achievement for the Advancement of Qatar’s Energy Industry

Fahad Bin Hamad Al-Mohannadi has had a career spanning more than 25 years in the power and utilities sector. He is the former Managing Director & General Manager of Qatar Electricity and Water Company (QEWC).

Under the guidance of Mr Al-Mohannadi, Siraj Energy became a key partner in the Al Kharsaah Solar PV Independent Power Producer (IPP) Project. Al Kharsaah, located 80 km from Doha, will be Qatar’s first large-scale solar power plant and is set to significantly reduce the country’s environmental footprint. It will consist of approximately two million bifacial solar panels that are capable of absorbing sunlight on both sides of the panel. The solar panels will be mounted on automated single-axis sun-tracking systems while robotic technology will be employed for cleaning the solar panels. The full capacity of 800MW is expected to be connected to the grid during 2022.

Mr Al-Mohannadi has also served on the Board at Industries Qatar and QatarEnergy (QE). He holds a bachelor’s degree in mechanical engineering from North Carolina Agricultural & State University.