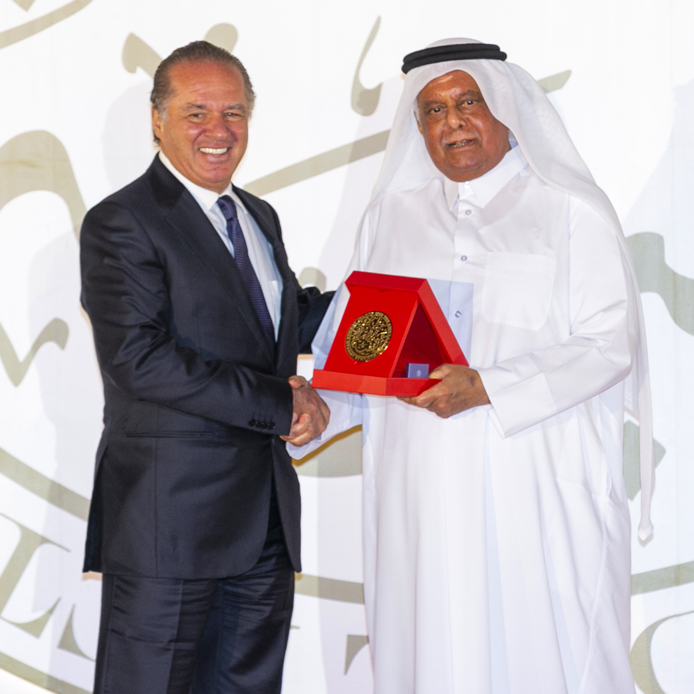 Lifetime Achievement for the Advancement of Natural Gas

Executive Chairman of the Board of Tellurian

Charif Souki co-founded Tellurian and serves as its Executive Chairman of the Board. He also co-founded Cheniere Energy, Inc. in 1996 and was the Chairman of the Board of Directors, Chief Executive Officer and President until December 2015. He pioneered the concept and development of the importation and regasification of liquefied natural gas (LNG) into the United States.

Mr Souki co-created Cheniere Energy by acquiring control of a defunct publicly traded shell company. When he left Cheniere Energy, he founded Tellurian which specialises in producing and delivering natural gas to a portfolio of global customers.

Predicting that the US would soon need to import natural gas from the likes of Qatar, Mr Souki pushed Cheniere Energy to build large LNG receiving terminals and sold regasification capacity to giant oil and gas companies, beginning with a terminal in Sabine Pass, Louisiana in March 2005.

The investment faltered after the “Shale Revolution,” where a combination of hydraulic fracturing and horizontal drilling enabled the United States to significantly increase its production of oil and natural gas, particularly from tight oil formations, and in the process reduce the country’s dependence on oil imports from overseas. Mr Souki saw opportunity in misfortune and anticipated that Cheniere Energy’s giant LNG tanks and docks could be repurposed to export LNG and in turn become the cornerstone for exporting America’s gas. He ultimately built an LNG complex with an enterprise value of $30 billion.

Today, the US is the second largest exporter of LNG, and Mr Souki had the vision to realise that potential.