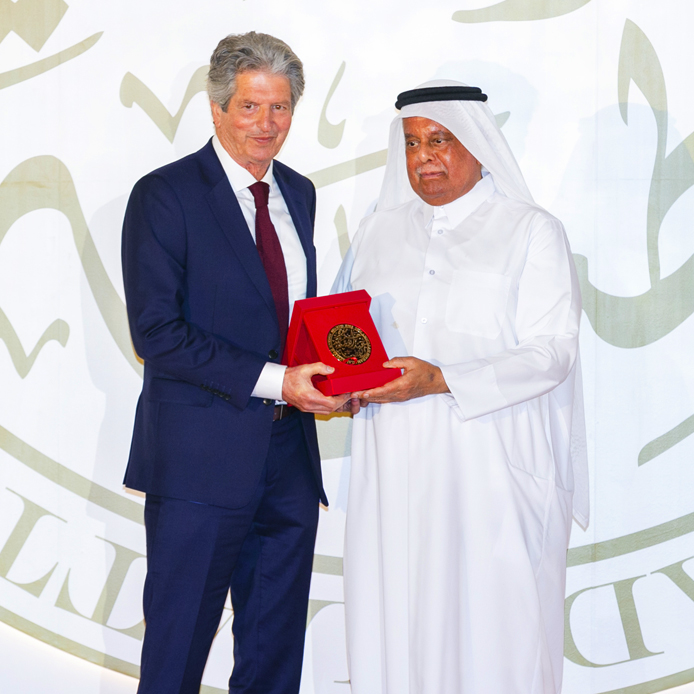 Lifetime Achievement for the Advancement of Renewables

Scientia Professor at the University of New South Wales, Sydney and Director of the Australian Centre for Advanced Photovoltaics

Martin Green is Scientia Professor at the University of New South Wales, Sydney and founder of University’s solar photovoltaic group. This group now forms the largest and best-known university-based PV research group in the world, and it is broadly credited with driving the enormous reductions in costs in solar PV, largely through the work of students in establishing manufacturing centres in Asia. His group’s contributions to photovoltaics are well known and include holding the record for silicon solar cell efficiency for 30 of the last 39 years, widely considered as one of the “top ten” milestones in the history of solar photovoltaics.

Professor Green won the 2018 Global Energy Prize for “revolutionizing the efficiency and costs of solar photovoltaics, making PV now the lowest cost option for bulk electricity supply”. In doing so, he beat the likes of Tesla’s Elon Musk and became the first Australian to win the $820,000 gong. Professor Green invented the PERC solar cell, which accounted for more than 90 per cent of the world’s silicon cell manufacturing capacity at the end of 2021. He was also winner of the 2021 Japan Prize for “development of high-efficiency silicon photovoltaic devices”.

As Director of the Australian Centre for Advanced Photovoltaics, Professor Green leads a team of experts that are drawn from several Australian Universities and research groups. As mentioned above, he initiated and founded the Solar Photovoltaics Group at the University of New South Wales, leading the group’s work on the development of silicon solar cells. The group successfully produced the first 20% efficient silicon cell in 1985, later improving this to 25%. Professor Green is also editor-in-chief of the academic journal Progress in Photovoltaics.

Professor Green’s long-term vision is driven by his passion for solar energy and its massive potential to help the world avoid dangerous climate change. He reasons that the growth of solar in the last few years, that has consistently stayed at above 30 per cent a year, could propel the world to hitting a terawatt of solar production annually this decade.