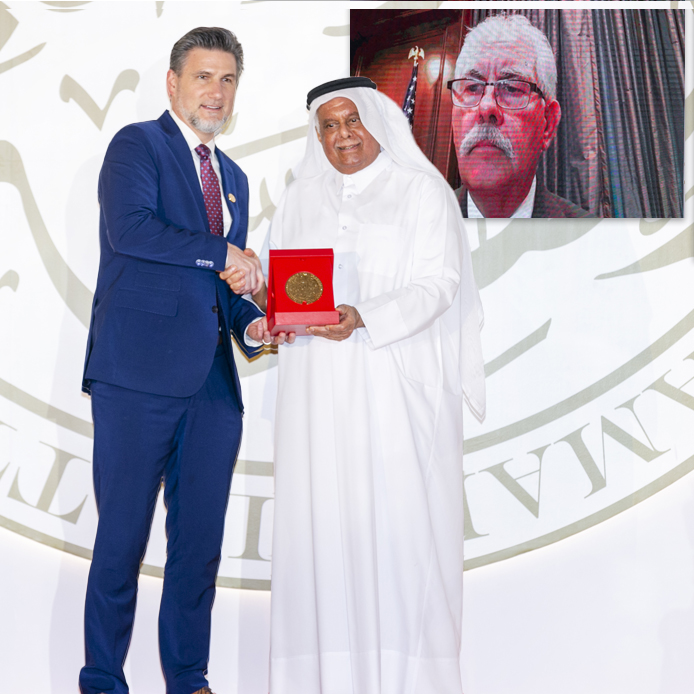 Lifetime Achievement for the International Energy Policy and Diplomacy

Rex W. Tillerson served as the United States' 69th Secretary of State from February 2017 to March 2018. Prior to being sworn in as Secretary of State, he concluded a career of more than 41 years in the petroleum industry, retiring as Chairman and Chief Executive Officer of Exxon Mobil Corporation at the end of 2016.

Mr Tillerson spent the entirety of his career with the corporation going to work for Exxon after graduating from the University of Texas at Austin with a Bachelor of Science degree in Civil Engineering. He rose through the ranks and following a number of domestic and foreign assignments, including, President of Exxon Yemen, Inc. and, ExxonNeftegas, Ltd. in Russia, became President of the corporation in 2004 and Chairman and CEO in 2006. In addition to his duties for ExxonMobil, Mr Tillerson has had a longstanding involvement with the Boy Scouts of America, earning its highest rank of Eagle Scout as a youth and as an adult receiving the Distinguished Eagle Scout Award. He also received the Silver Beaver and Silver Buffalo Awards for his service as an adult volunteer. He is a former member of the Boy Scouts of America's Executive Committee and served as the national President of the Boy Scouts from 2010 to 2012.

Mr Tillerson currently serves on the Board of Directors for the National Medal of Honor Museum. He is a former member of the American Petroleum Institute and the National Petroleum Council serving as Chairman of both. He was elected to the National Academy of Engineering in 2013 and holds an honorary Doctorate of Engineering from Worcester Polytechnic Institute. He was named a Distinguished Alumnus of the University of Texas at Austin in 2007. He formerly served as a trustee of the Center for Strategic and International Studies. He was also a member of the Business Roundtable, serving on its Executive Committee, and a member of the Business Council. He served as an honorary trustee of the Business Council for International Understanding and a member of the Emergency Committee for American Trade. He is former Director of the United Negro College Fund and a former Vice-Chairman of the Ford's Theatre Society.

Mr Tillerson has received numerous recognition and awards from domestic and international organisations and governments.