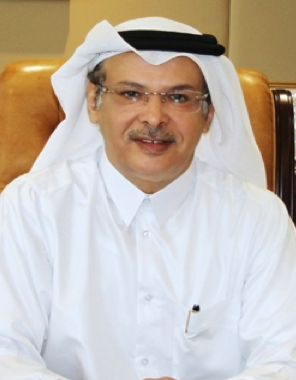 Mr. Hamad Rashid Al-Mohannadi, is the former CEO, of RasGas, he joined RasGas Company Limited as Managing Director on 29th April 2007. He has been a board member of Ras Laffan Liquefied Natural Gas Company Limited since 1993. Before joining RasGas, from 1992, he was General Manager at Qatar Petrochemical Company (QAPCO), responsible for its growth and expansion for 16 years. In addition to this position, from 2005, he assumed the responsibilities of General Manager of QATOFIN. Mr. Al-Mohannadi has a wealth of experience in the energy industry, having spent over 32 years working in companies such as the National Oil Distribution Company. Since 2009, he has been an active member of the Board of Trustees of Qatar University and was most recently appointed by His Highness Sheikh Tamim Bin Hamad Al Thani as Chairman of the Board. Also, Mr. Al-Mohannadi is the Deputy Vice Chairman of QP, IQ, and QVC and Chairman of the Board at several high-profile companies such as QAPCO, QATOFIN, AND QAFAC. He is also an active Board Member for Qatar Electricity & Water Company and is an Advisory Board Member of the Bilateral US-Arab Chamber of Commerce. He holds a Bachelor's degree in Applied Engineering Science from Portland State University, USA.