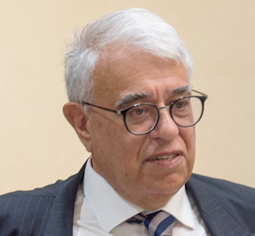 MANAGING DIRECTOR OF THE FOUNDATION

Mr. Reda Ibrahim Ali holds a Bachelor's degree in Computer Information System with a minor in Business Administration from the University of Wisconsin, USA and a Master Degree in International Management from the University of Phoenix, USA. During the last 23 years, Mr. Ali has assumed many responsibilities at Qatar Petroleum (QP) in various positions. He joined QP in 1990 as Programmer Analyst; in 1993, Senior Information Analyst at Corporate Planning Department; in 1996 Head of Information Analysis at Corporate Planning Department; in 2006, Assistant Manager of the Business Environment Division at Corporate Planning Department; in 2009 Manager of Energy Policy and International Relations Department. In 2012 Mr. Ali was appointed to Project Direct COP18 (Climate Change Conference), and in 2014 he was appointed as an Advisor at QP Managing Director Office. Also, Mr. Ali Project Directed the implementation of Enterprise Resource Planning (ERP) for Qatar General Electricity and Water Corporation KAHRAMAA (from 2000 to 2003); and Project Directed the 20th World Petroleum Congress (from 2010 to 2011).