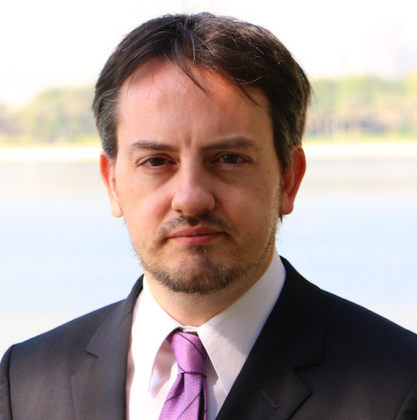 Mr. Robin Mills is a leading expert on energy strategy and economics, particularly within the Middle East, described by Foreign Policy magazine as “one of the energy world’s great minds”. Prior to his establishment of Qamar Energy in 2015, Mr. Mills led major consulting assignments for the EU in Iraq, and for a variety of international oil companies on Middle East business development, integrated gas and power generation and renewable energy.

Mr. Mills has worked for Shell International for over ten years, concentrating on new business development in the UAE, Qatar, Iraq, Iran and other Middle Eastern countries, when he was described as the “Shell expert on Iran”. He subsequently worked for six years with Dubai Holding and the Emirates National Oil Company (ENOC), where he advanced business development efforts in the Middle East energy sector, including major gas import schemes for Dubai and upstream developments in Iraq, Qatar, Yemen, Pakistan, Turkmenistan, Algeria and elsewhere.

He is the author of two books, The Myth of the Oil Crisis, which evaluates global long-term oil supply, and Capturing Carbon, the first comprehensive overview of carbon capture and storage for the non-specialist. He is the columnist on energy and environmental issues at The National newspaper (Abu Dhabi), and comments widely on energy issues in the media, including Foreign Policy, the Financial Times, The Atlantic, CNN, CNBC Arabiya, BBC, Al Jazeera, Bloomberg, Sky News and others.