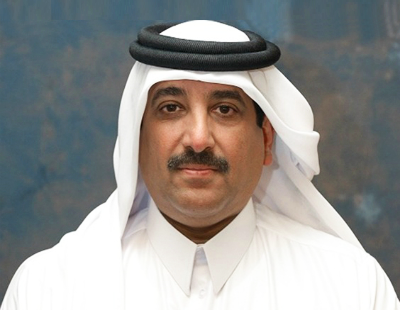 His Excellency Abdulaziz bin Ahmed Al-Malki has had a distinguished and varied career, enjoying senior roles in some of Qatar’s most important governmental bodies and organisations. HE has extensive experience in the energy industry and international affairs including climate change negotiation. HE is currently The Ambassador Plenipotentiary and Extraordinary of the state of Qatar to the European Union and Vice President of the Food and Agriculture Organisation (FAO) of the United Nations.

HE served as The Ambassador Plenipotentiary and Extraordinary of the state of Qatar to the Italian Republic and Non Resident Ambassador to the Republic of San Marino from 2015 to 2021. HE oversaw many altruistic programs in the Italian Republic, including the building of a school in the city of Macerata and the delivery of two field hospitals to help curb the spread of the coronavirus. In March 2021, HE was awarded the Knight Medal, which is awarded to personalities who contribute to developing the prospects of cooperation and friendship in the Republic of San Marino.

Prior to embarking on a highly successful diplomatic career, HE held many Senior posts including, Chairman of the Board of Directors at Qatar Fertilizer Company (QAFCO); Office Director to the President of the Administrative Control and Transparency Authority (ACTA); Office Director to the Chief of the Amiri Diwan; Office Director to the Deputy Prime Minister and Minister of Energy and Industry and Chairman of the Board of Directors/Managing Director of Qatar Petroleum (QP). HE also played a crucial role in the 2012 United Nations Climate Change Conference (COP18/CMP8) that was held in Doha, as the General Coordinator and Member of its Supreme Committee.

HE graduated with a Bachelor of Arts in Business and Economics from Saint Martin’s University-USA in 1988, and a master’s degree in Political Science from University of Rome La Sapienza in 2016.